The Combative Perspective: The Thinking Mans Guide to Self-Defense


Too much shitty quality control in Krav Maga means for every good school there are 5 bad ones. I made those numbers up but you get my point. With regards to multiple opponents, you're right. One of the hardest things is that the person being attacked gets an adrenaline rush and tends to lash out while the multiple attackers tend to hold back.

It's also really awkward to attack someone when you have to be aware of others doing the same. The adrenaline really does change everything. The first time I got that dates one dump from a 2-on-1 funnily enough I gassed within the first thirty seconds. Old school judo maybe, second someone shoots their hips back or punches you in the face, judo goes out the window. I agree. I do bjj, but at some point I would love to do judo and muy Thai as well. Those three or substitute wrestling for judo make you a really well-rounded fighter. Would not agree. Takedowns , yes, but not throws.

Ever try them in a place that wasn't a wide open mat? And if you're taking someone down without a throw, you need to know ways to finish, not just pin. I like Judo, but it's self-limited. Modern BJJ, lighter on throws than Judo, does more work on how to finish the fight once you're on the ground. You talk about finishing a fight, but if you are talking outside of controlled environments this is no easy task.

Honestly pinning someone until help arrives or the other person calms down isn't a bad idea.

Injuring them in an attempt to "finish" is generally not a great plan, especially since it may be hard to argue self defense after it has been demonstrated that you had already had them in a pin. More than anything, though, I would say that bolting after you knock them over may be the best option. No argument here.

What I'm saying about Judo is that it focuses, after throwing, on various kinds of pinning more than on locks or gaining position from which striking can be done i. You stop the pin, he gets up.

The BJJ I've studied, which granted may not be similar at all to what others have, leaves easy openings for damage. Not necessarily permanent, but enough to allow an escape. Of course it depends on your diet and your protein intake and your definition of skinny and athletic , but if you put some effort in it, there is a chance that you will build some muscles. When I did KM, my trainer pushed us hard with a lot a bodyweight exercises to warm us up.

After that we did endurance training with a lot of different kick-push combinations. I personally gained mass with a normal diet. I have also done boxing for a while, and I would say that KM makes your more 'athletic' than boxing. Again - it depends on your effort and your trainer. It really varies a lot from person to person, and school to school, but overall bodyweight exercises aren't a great way to get bigger muscle wise, if that's what you want. If OP wanted to get bigger the ideal way to do it is to start lifting at a normal gym, but doing Krav maga certainly won't hurt anything.

I've no experience in KM myself, so I'm curious why you say it's more athletic than boxing?

Are we talking about just a hobbyist, or an actual boxer? Well, he wanted to learn how to defend his girl therefore I suggested a 'combative' form of martial arts that I know myself I have also done Shotokan Karate and it's nowhere near as 'athletic' a form of self defense. It really depends on the trainer. My KM trainer is a former elite soldier and he does nothing but train KM to the police, security guards and also a normal self defense team.

He is seriously ripped.

He is tough and he pushes us. I guess more than my former boxing trainer. Also my boxing team were also just a beginners team. It is just my believe that you use a lot of energy during a session of KM, because it's so 'explosive' and agressive. I run a lot in my spare time and have a good stamina?


I really lose my breath during KM pratice and I sweat a lot. I don't know It was also just a suggestion to OP Concealed carrying permit and a 9mm, if you're in the US. 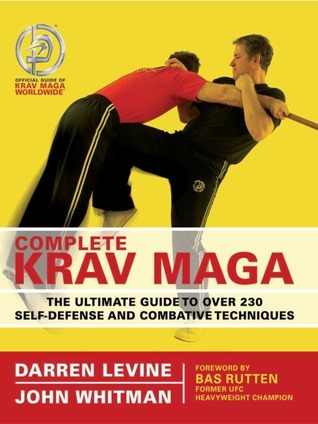 It's easy to get. No, but seriously, martial arts classes are a great start. Irrelevant and not necessarily true. Studies have shown that the majority of self defense shootings only last about shots, regardless of caliber. Get a gun that you can shoot accurately and has a round count that you're comfortable with. Caliber is technically the least important, anything over. All handguns, even high caliber ones, don't cause any tissue damage beyond that which the bullet physically penetrates ie they don't cause cavitation.

That's why more bullets is better than bigger bullets. And another thing. It's best to completely evaluate yourself honestly. Do yo get road rage? Get angry easily? Get the urge to kill someone for a reason not big at all? If you have any of those, do not get a weapon. It would be best if you forget you are carrying it until something happens. Honestly, to use a weapon in a self-defense scenario you should spend at least as much time at the range as a martial artist does training.

Shooting in a controlled environment is VERY different from combat, which is why boot camp is a month long - the Army breaks you down and builds you up the way they want you to behave under stress. Anyone who can't go from condition 2 or 3 depending on weapon in holster to condition 0 on target in under two seconds shouldn't even think about pulling his weapon on the street. Concealed carry permits aren't that easy to get in the US. It's easier than most other developed nations, but still totally dependent on the state you live in. I live in PA, it's pretty easy if you're not a convict or have a history of mental illness.

PA is one of the easier states, though. There are tons of states where it's pretty much impossible. I don't have to worry about ricochet bullets going through a wall or fence or something and killing some child.

Besides, I'm not a huge fan of using a lethal weapon since I'll probably develop a super-strong strobe light for use as a self-defense weapon. If I wanted to spend money on a self defense weapon, a laser dazzler or fucking bright tactical flashlight would do just as good of a job at disarming an aggressor as a handgun.

Probably better. Less legal issues as well. Their strion has been nothing but excellent for me and I use it in a very harsh environment. Think underground industrial and wet. Boy sounds like a fun weekend but it ain't. A friend has a protac 1aa and it has also been excellent. And surprisingly powerful and long running for a 1aa torch. Knives are said to be bad, very good offense weapon but not a good defense weapon. Unless you shank them and run without them expecting it. This is the correct answer, prepare with what you could be up against.

The next step is be better. Don't just be equal to a thug with a gun. Be a trained and proficient weapon handler. The FBI defines violent crime as one of four specific offences: murder and nonnegligent manslaughter this is one category not two , forcible rape, robbery and aggravated assault.

The British Home Office defines violent crime as "all crimes against the person" including simple assaults, all robberies and all sexual offences. This is opposed to the FBI which cites "forcible rape" and "aggravated assault".